The reason for this is that I've been having immense technical difficulties on my windows 8 the past week. Various programs stopped working, including the renpy launcher and discord. I tried troubleshooting in many different ways, but it kept getting worse. It just kept crashing and freezing more and more. It's an eight year old device, so despite my best efforts, it doesn't run as great as the newer ones.

I decided to do a file backup (which includes all of my work, don't worry) and keep it safe while I figure out how to reinstall windows and start over on a hopefully faster-running laptop. But, since the windows download kept crashing, I decided to change my OS completely and started looking for a version on linux. I am very new to linux, but I know people who use it and I should be fine (I hope).

The reason I'm writing this is because there may be silence from me until I figure this thing out. I already checked that everything I need for development runs on linux as well, so by tomorrow everything should be settled. But I might need time to redownload everything, install everything I need, organize my files, etc. I'll update/delete this devlog once I'm back and Mint is working as intended.

P.S. I feel like I'm taking one last look at a house I'm moving out of. RIP my windows 8. 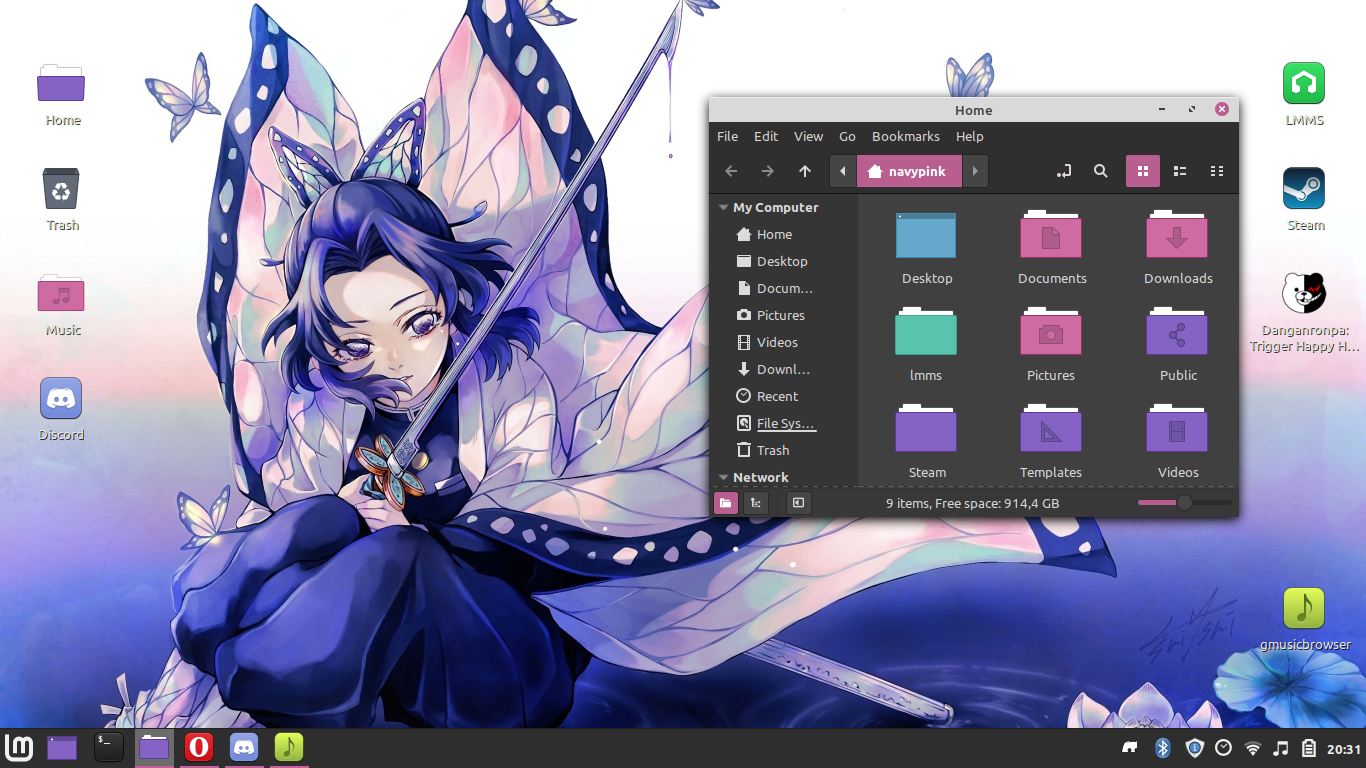 I'm now settled on Linux Mint 19.2 Cinnamon and it's amazing - it works much more quickly, supports all my programs, looks better - it's just great. I'm currently trying to reinstall all my stuff - I reinstalled Steam just now (which might mean I've lost my Danganronpa saves. Huh) and today I started to make a new track for the OST using LMMS (which was originally a Linux program, just like GIMP, which I also use, so I got lucky there). Overall, today was busy but tomorrow I should have the whole afternoon for the game - I can't wait to finally get back into work on the last nightmare sequence I need for Act II.