This is an estimated release date, but I'll do my best not to go beyond it, so it's more of a deadline for me. Why the 20th, you ask? I figured it would be nice for everyone involved to get something for Christmas - you get new content (finally!) and I get feedback and some time off - I obviously won't stop working, but I imagine things will calm down a bit once week 2 is released and people are letting it sink in, so to speak.

In other news, I'm currently in the process of working on the graphical overhaul - here's how it's going. 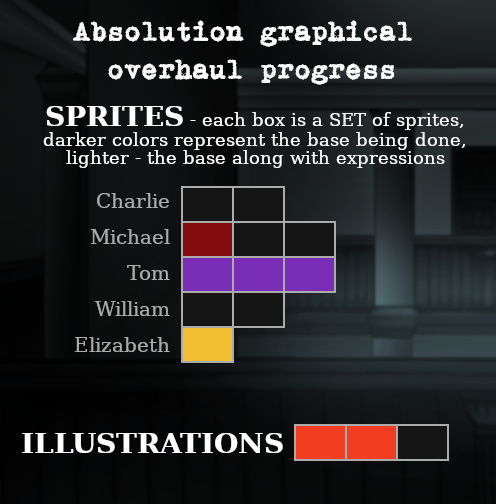 While the graphical overhaul is happening, I'm also working on various improvements to the demo/week 2. I have a whole checklist of things I want to do before the release of Build A/the final demo update, so I'll briefly go over it here. 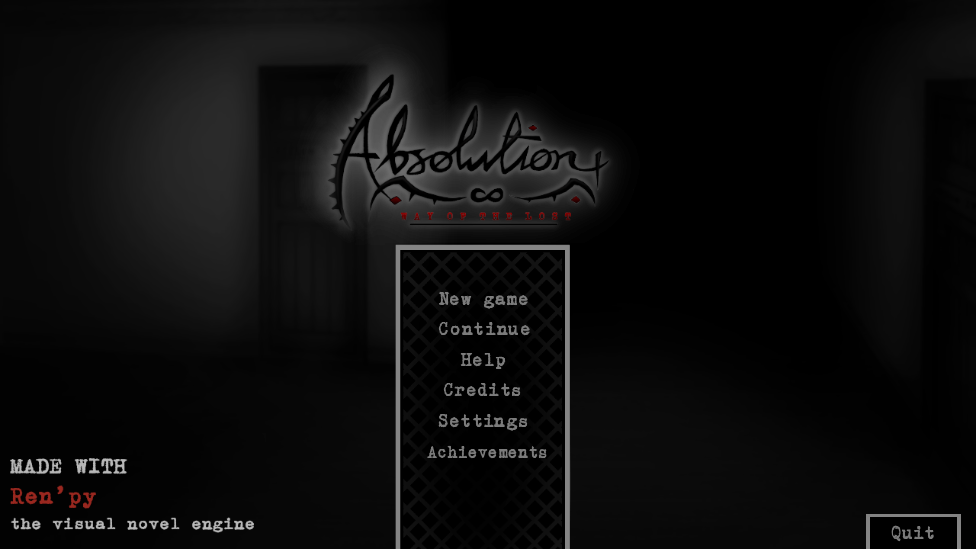 And that would be it. Those are my priorities for December - I hope to get it all done as soon as possible so that I can move on to weeks 5 and 6 before I'm behind my release schedule.

If you have a Youtube or Twitch gaming channel and would like to record the week 2 build of Absolution, I am currently on the lookout for gamers to give free copies of Build A to on launch. If you're interested, join my discord server and speak up about it or comment below with your email or other preferred method of communication. Note that contacting me about it doesn't mean you will certainly get the build for free, but the chances are high if you're a content creator.

A horror VN set in a mental hospital

looking forward oto this so much :)

This is going to be FANTASTIC