So I needed to make an emergency update due to a dumb bug I left in the previous one. 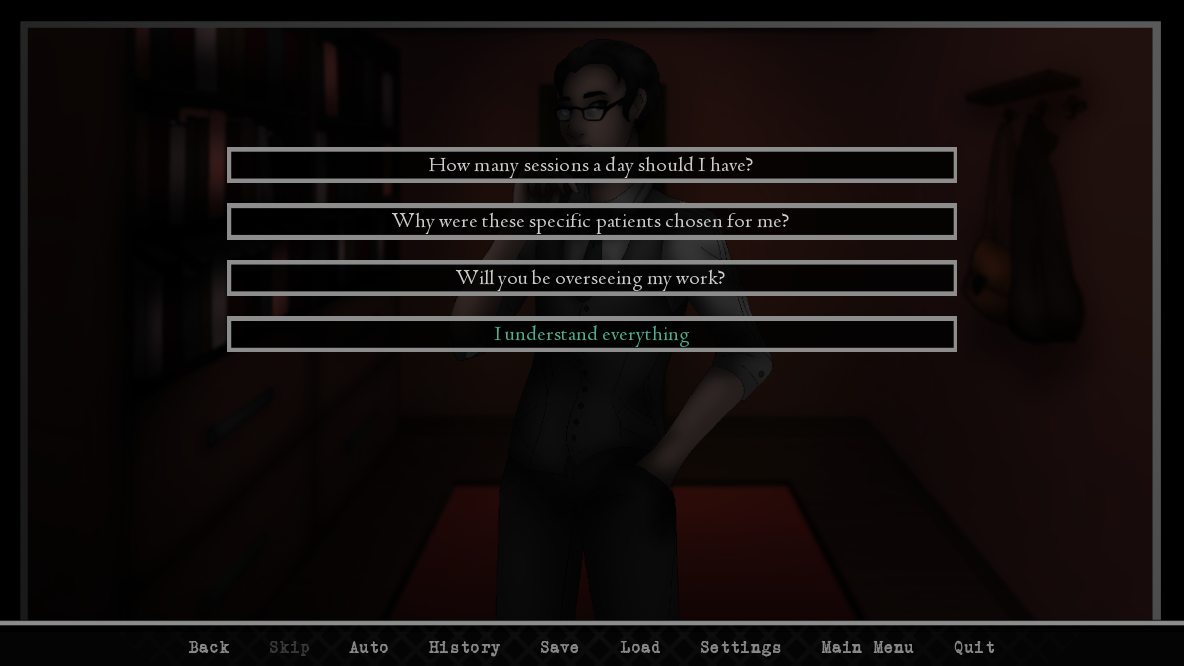 It was 1 AM last night when I realized.

I made a huge mistake.

Because after replacing the sprites in the previous update I didn't bother to check if they were in the right place. I thought "well, I'm just replacing some images with the same dimensions, what could possibly go wrong?" and I did rush that last update a bit so I didn't think it through.

The thought occured to me that the sprite in-game is moved some pixels to the top and right due to some weird issues where it floated otherwise (it didn't make much sense then, either). And it really made me realize the gravity of how much I've messed up - nobody wants a floating Sharpe in their game, or some other surprise like barely-above-the-dialogue-box Sharpe (that has happened, it looks like they're stalking you from behind the text).

I've been working on the second act of the game. Today I finished the third nightmare scene on Michael's route (took about three days) - I needed an illustration and two new arrangements of the track that plays during the second nightmare sequence. I think it turned out great.

Overall, Michael's, Tom's, Sharpe's and Elizabeth's routes are done - my next priority will be nightmare sequences on William's route . I might shuffle his route-specific events around a bit after that to make sure they have the emotional impact I want them to have and the pacing feels natural. After that, it's just testing and then I might go back to Charlie's route. I have to juggle multiple things at once this christmas, so it's not going as quickly as it should, but there's progress being made.

Sending my support! I'm super excited about this game <3 Michael and Charlie especially!

Michael's route is nearly finished until the fourth week of the game, I'll have to do some final testing, but I think it'll be fine.

As for Charlie, I'll go back to him once I feel like I can write something good.